Sunday night in San Francisco I'll be at the Vogue Theatre to present LIKE CRAZY (La Pazza Gioia) by Paolo Virzì and to meet the audience with a Q&A after the screening. 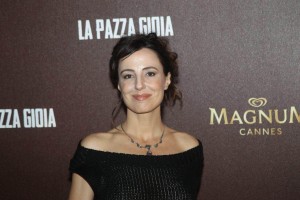 You may find all the information here. 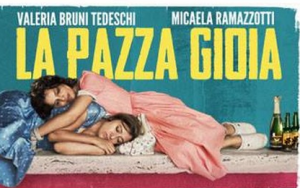 I have been to San Francisco ten years ago, with another movie: You must be the wolf. At the time THE BEST OF YOUTH by Marco Tullio Giordana had just been released, and for the first time in my life I experienced what it meant to be an actress working in movies that were seen abroad...  The audience that came to the theatre that night, the words I heard, the friendliness and care, the gifts I received, are a vivid memory in my heart. I am very happy to be able to come back, after a decade of sturdy work, dreams fulfilled, movies, plays, new ideas yet to be created... with a film I really enjoyed shooting, directed by someone who chose me twice, which is a true privilege.

La pazza gioia is titled Like Crazy, but the Italian title bears the word GIOIA, meaning JOY. Now it is with true joy I announce I'll be spending an entire long weekend in San Francisco among other wonderful young filmmakers, to support the so called New Italian Cinema.

So thank you to the N.I.C.E. that invited me once again, and that now celebrates twenty years of Italian Cinema all over the world! See you on Sunday!

"...There may be no better dialogue writer in Italy nowadays than Virzì (“Human Capital”), here collaborating with fellow director-writer Francesca Archibugi. Beatrice’s cascades of words are practically nonstop (it’s amazing Bruni Tedeschi took breaths), flitting across subjects and character, yet despite a quasi-exaggerated element, somehow the believability and humor remain constant; perhaps it’s because they issue from such deep pain. Balancing the fabulist Beatrice against the nearly trembling Donatella gives greater humanity to them both, especially when seen in conjunction with more grounded figures like clinic doctor Fiamma (Valentina Carnelutti, always a welcome presence) and the deeply human couple at the end. ..." Jay Weissberg - Variety