Written and directed by
VALENTINA CARNELUTTI

When 7 year old Leo and his little sister Annetta wake up in the morning, their mom Emma is sleeping. Or dead? Alone they have breakfast, they mess about, they play. They wait, they try their life without mommy. Until Gabriele arrives, her boyfriend, until grandma arrives. Until with adults and words, ambiguity loosens up, and each one finds his way towards the night.

“...it was as if it weren’t really true, as if it there were still that edge... fragile and out of focus in which being alive in the world or not, was the same thing. my small film is right about this. about this border. about this space, out of focus.” reCuiem comes form a short story I wrote more than ten years ago. I have two daughters, today on their twenties, that were growing up with me, and I often asked myself what would have been of them if I were to die. This question,along with their infantile curiosity on the issue of dying, gave birth to the story. Without wanting to answer their questions, I wrote with the intention of observing them, taking care of them. Years later, confronting with a real mourning brought the story to life in every detail, giving that far away tale the inspiration to become a film. “Since mommy keeps on dying while she’s asleep since this morning she’ll wake up really rested.” In the clear confusion between sleep and death, the story lives of ambiguity and misunderstanding, in that uncertain territory of freedom taht allows everyone to face the event according to his own nature. It is a time in which it is difficult to speak about death. Its’ meaning escapes our control and spectacularisation of it in medias changes it to a non-sense: death is far away but is also normal. We only realize this when it touches us form close by. Loosing the sense of death means, in some way, loosing a sacred sense of life. This story is called reCuiem. With a ‘C’, because Leo is six years old and he just learned to write. This ‘C’, this mistake, trace of childhood, accompanies the narration. It is the look of children in things. It is children seeing things their way, and we do thanks to them. 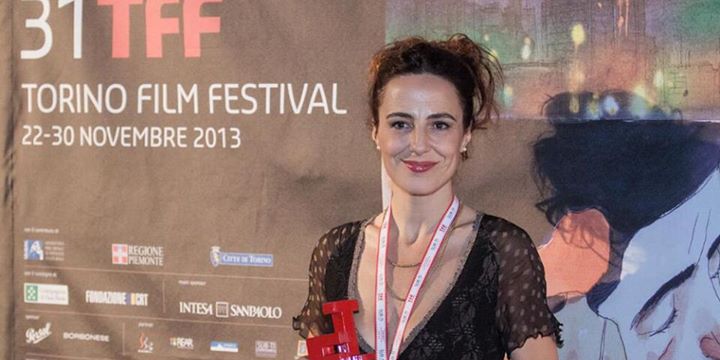